Signs Your Subfloor Needs to Be Replace | Flooring HQ

Signs Your Subfloor Needs to Be Replaced

If your floor doesn’t feel stable to walk on, it’s time for a new subfloor
Read Time: 4 minutes
Sep 5, 2022 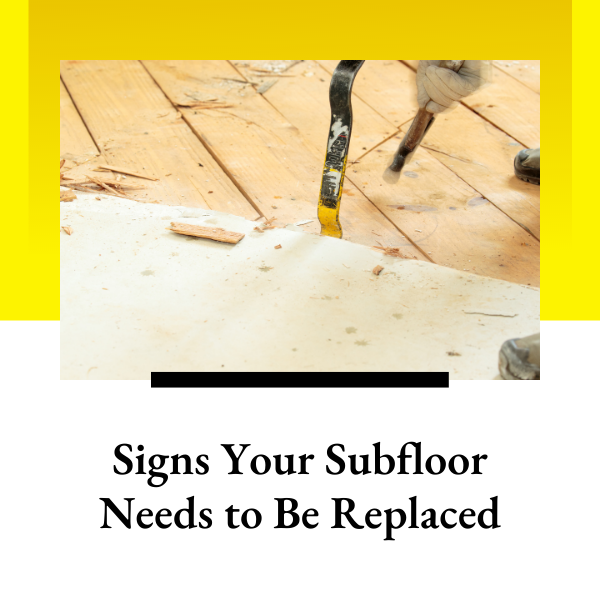 Signs Your Subfloor Needs to Be Replaced

Because it’s hidden underneath your floor, the subfloor may not be something you think about very often. However, it plays a major role in supporting certain types of flooring, like hardwood floors or carpeting, which can’t be attached directly to the floor joists in your home. A subfloor can last up to 30 years but does eventually need to be replaced.

Here are some signs that it’s time to get a new subfloor. 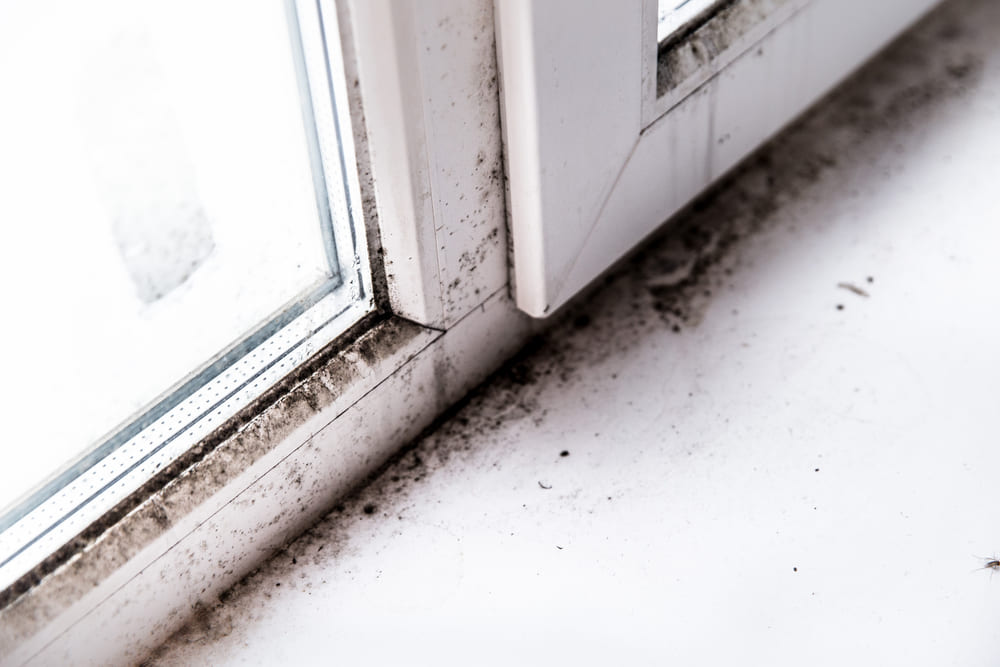 If you can smell must but can’t figure out where it’s coming from, it may be coming from underneath your floor. The musty smell could be a sign of water damage to the subfloor. If there is a musty smell, what you’re actually smelling is mold or mildew that has built up on the subfloor. 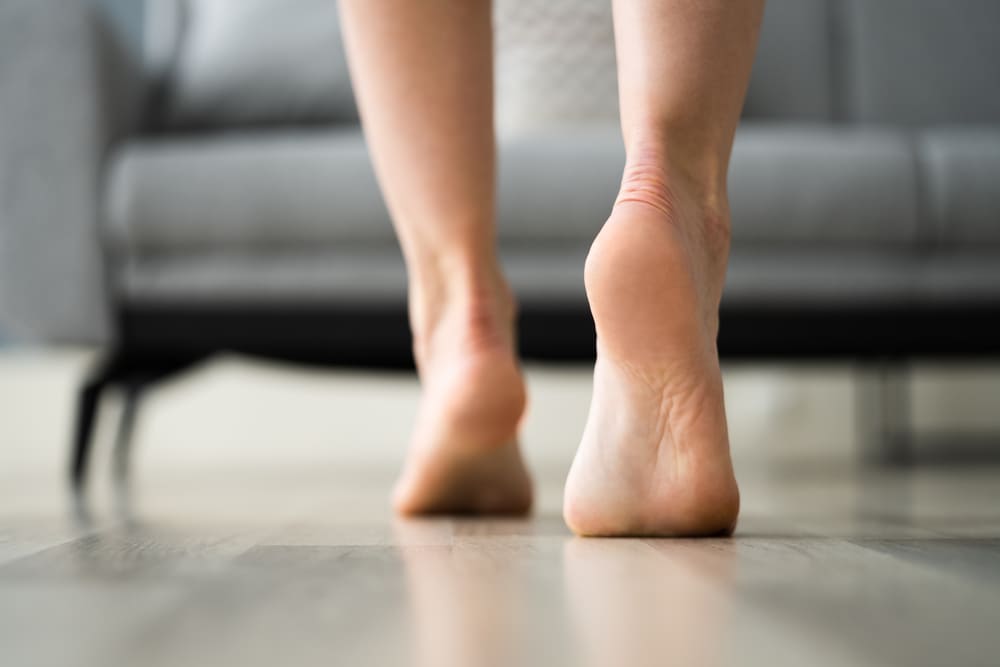 Squeaking is usually caused by the nails holding the floor to the subfloor moving in and out of the joists as you walk across the floor. One squeaky spot may be repairable, but squeaking across the entire floor is a sign that the subfloor has warped.

The Floors Are Uneven

If you notice that your floors are uneven, there are a few possible causes, but they all typically mean that you need a new subfloor. The unevenness could be due to warped subfloor material or it could be that some parts of the subfloor have begun to rot. If rotting is the problem, it’s essential to get it repaired or replaced as quickly as possible so it doesn’t spread to other parts of the floor.

You Can Feel the Floors Move Beneath Your Feet 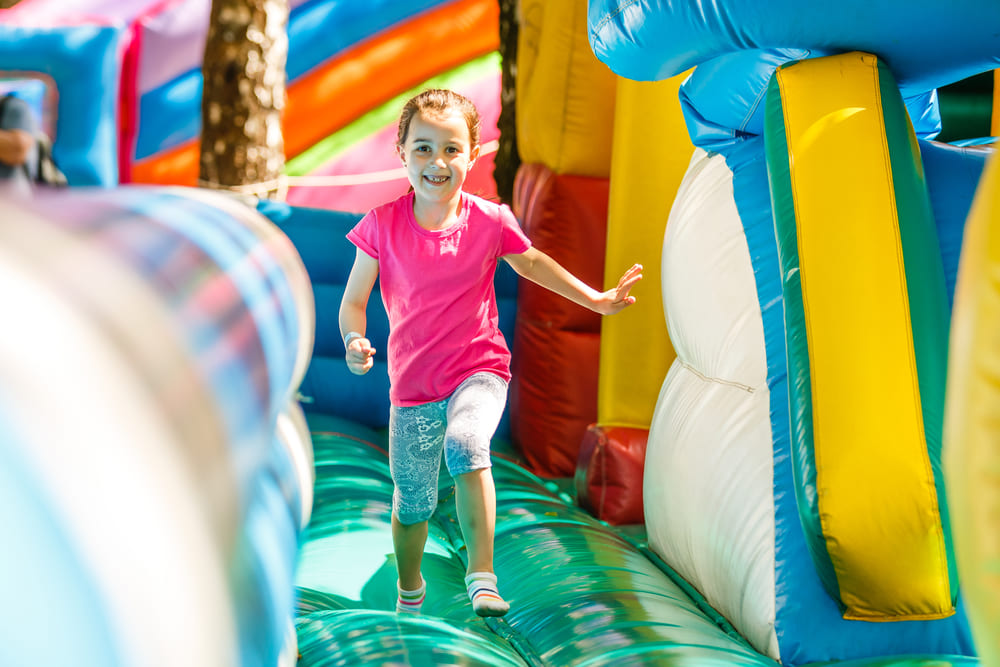 Your floor should be firm under your feet. Even if you’ve got carpet, you still shouldn’t feel your floor moving beneath your feet. If your floor feels bouncy, springy, or spongy, that’s a sign of a problem with your subfloor. As fun as a bouncy house is, if you’re feeling a bit like you’re in one on your wood floor, it’s time for the subfloor to be replaced.

Your Tile Floor Has Broken Tiles 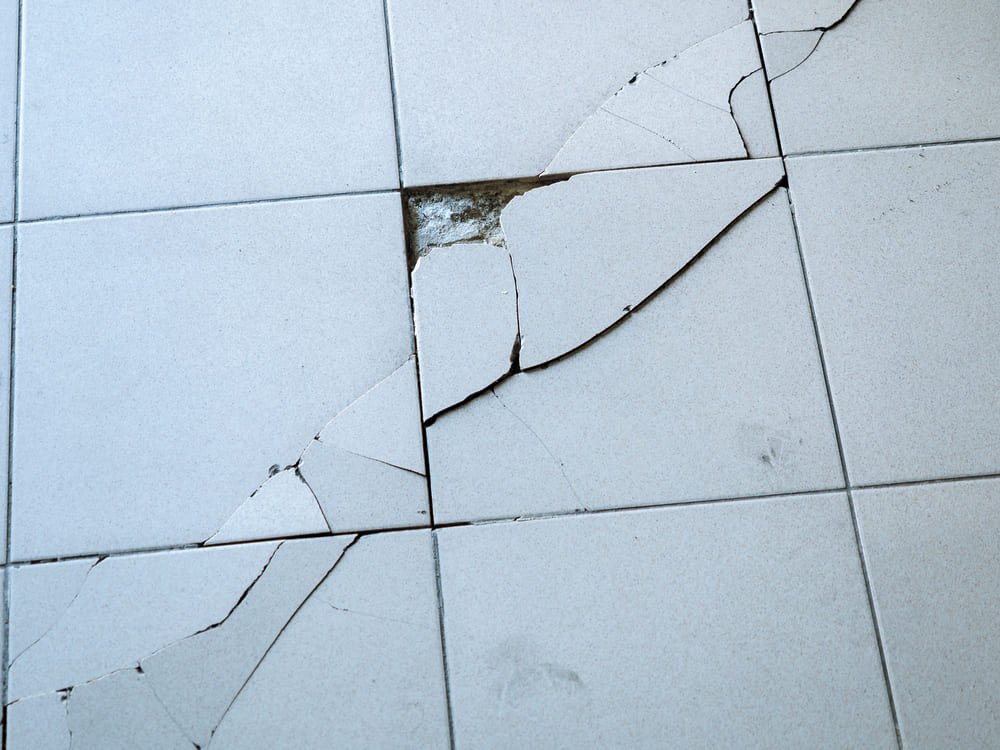 If you have tile, it’s important for the subfloor beneath to be firm enough to support them. If you notice that your tiles are cracking and breaking, that’s a sign that the subfloor is too soft. This could be because it wasn’t made strong enough in the first place or because it’s developed a problem like rot that is weakening its ability to properly hold up your tiles.

Your Linoleum Appears to Be Bubbling

If you have linoleum floor, bubbling could be a sign of a problem. It’s possible for the bubbling to be caused by moisture built up in the subfloor. Bubbling doesn’t always mean that it needs replacement, but it is definitely a sign to investigate it further.

Your Wood Floor Is Cupping

Cupping is when the center part of each wooden board of your floor starts to sink in, creating a “cup” with the edges higher. This can be caused by moisture coming from underneath the floor. It’s reversible by a professional, but may be an indicator that your subfloor is water-damaged.

The Toilet Is Loose

In your bathroom, if you notice that your toilet moves when you sit down on it or get up from it, then that’s a sign the subfloor is in need of a replacement. The toilet rocks because the subfloor underneath it has rotted or is otherwise so damaged that it can no longer properly hold your toilet.

There Are Leaks in Your Ceiling 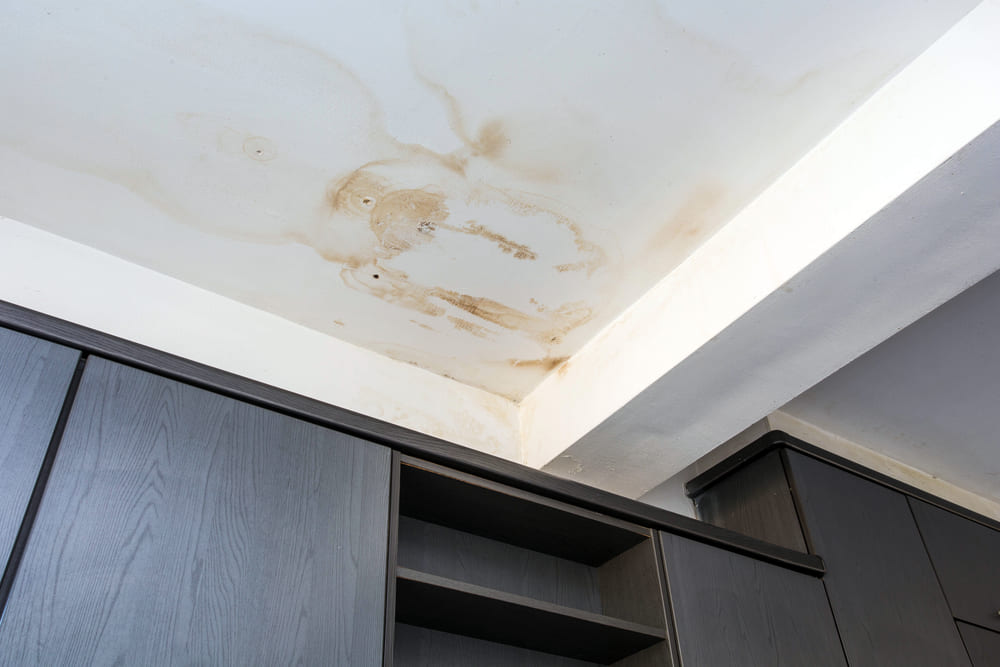 Leaks coming from the ceiling aren’t necessarily caused by a problem with your subfloor. However, if water is making its way from somewhere upstairs through the floor and to the ceiling below, then there could also be water damage occurring with the subfloor upstairs. 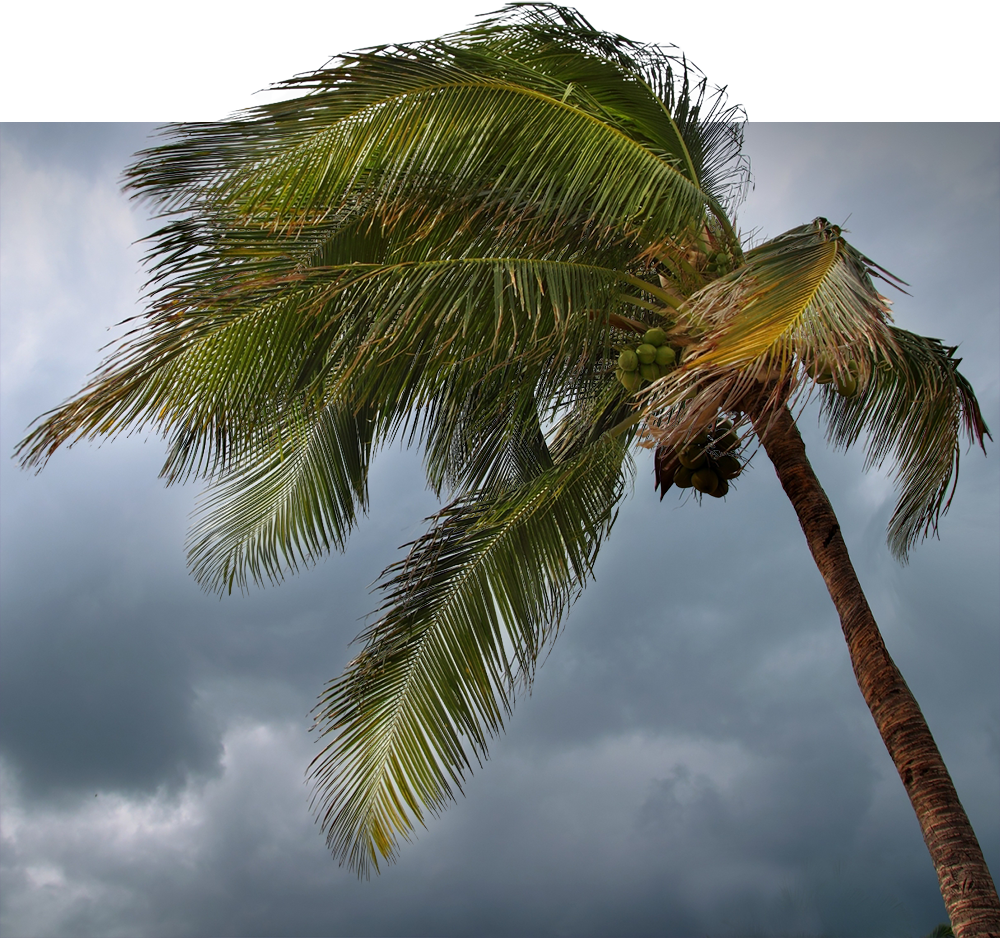 Impacted by Hurricane Ian? Get 15% Off Flooring

We're proud to partner with our suppliers to offer 15% off all flooring products to help our community rebuild. Visit our Longwood showroom to view our wide selection of flooring options. 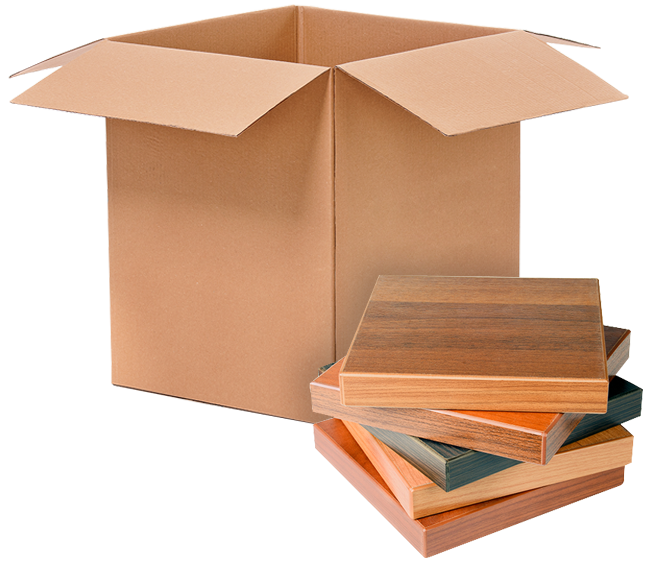 Nationwide shipping on all products

See something you love? We can ship it straight to your door.

Call us for pricing and more information on shipping.

“I used Flooring HQ for ceramic tile in my New Smyrna Beach condo, for hardwood in my Orlando home, and for laminate in my Orlando office. Every installation was magnificent! The selection was great, and they did everything they said they would, at competitive prices.”

“Thanks for the free estimate HQ! We couldn’t be happier with the new hardwood floor in our kitchen. Your customer service is top notch and you definitely took care of us with the quote you gave us! HIGHLY recommend!”

“I bought carpet and tile from Flooring HQ for my kitchen and downstairs bedroom and hall area. Their selection was great and the price was even better. The salespeople were really knowledgeable and were able to answer all my questions and concerns. I highly recommend Flooring HQ.”

“I’ve purchased from Flooring HQ for many years. Our latest project just getting rid of all carpet in the house and replacing it with wood floors is now complete. We have always received great quality at a fair price.”